It reliably clears oil circuits of contaminants and thus ensure consistently high engine performance. Not changing the filter at regular intervals risks reduced performance and increased oil consumption. In the worst case this can even lead to engine damage.

During combustion, both dirt particles and combustion residues can penetrate into the engine oil.

Without the appropriate oil filter to reliably keep these residues out of the engine oil, the engine can no longer be reliably supplied with clean engine oil and is thus no longer properly protected from wear.

Not changing the filter at regular intervals risks reduced performance and increased oil consumption. In the worst case this can even lead to engine damage.

Thanks to outstanding dirt holding capacity, higher material durability and the most modern filter media tailored for each vehicle model, oil filters from MANN-FILTER can produce fantastic results even under intense conditions and allow you extra long replacement intervals.

MANN-FILTER Original OE Quality
OE quality means our products comply exactly with the same technical and quality specifications and thus with the strict demands of the automobile manufacturer in question.

MANN-FILTER, the top filter brand in the aftermarket, has offered true OE competence for over 65 years.

Both in the original equipment of a new vehicle and in the yellow & green MANN-FILTER packaging, original MANN-FILTER products with 100% OE quality are trusted around the globe.

MANN FILTER High Quality Auto Parts made available to you, at competitive rates in Nigeria, with swift delivery. 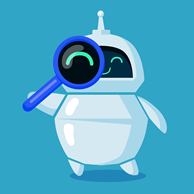